Over the years I’ve been doing plenty of camera and lens reviews on this blog; granted it is mostly Fujfilm gear as this is what I’m using every day, but there have been some software and camera accessories as well.
Typically I only review items which I’m actually using. When people send me gear to test and review, I have a policy to only write about the item(s) if I either use it already or if I could see me doing so in the near future. If it doesn’t qualify for the above, I tend not to blog about it, but will provide the company with feedback. 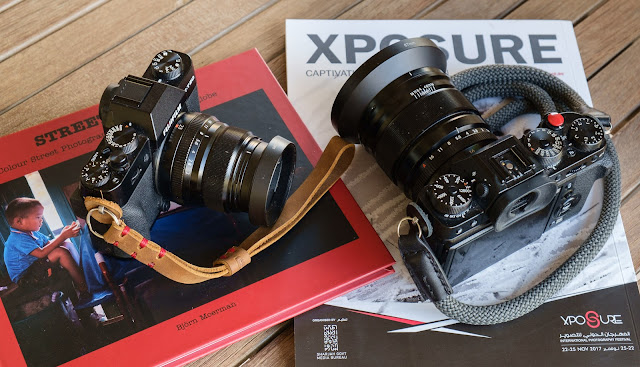 A while ago I ordered a few lens hoods from a small company called, AF Shoot, an online store based in Lisbon, Portugal. I’ve been using their lens hoods and camera straps for a while now and have always been impressed with their customer service. I guess that is exactly why I returned and bought a new lens hood for my XF16mm lens!
Lets first have a quick look what kind of company AF Shoot is? The company name has nothing to do with Autofocus (AF), but comes from the owner initials; “Angelo Fernandes”; a Portuguese Wedding/Street photographer who like myself is an avid Fujifilm user. I like one man companies that were formed out of the need for items that are hard to find! Such is definitively the case for AF Shoot.
While he does sell other items, the two main categories in the AF Shoot online shop consists of Lens Hoods and Camera Straps. Lets have a look at the items I’ve been using over the last few weeks…

I was lucky enough to receive not one, but ‘two’ camera straps in the mail from AFShoot. The straps manufactured in Portugal  by Muflon came in two distinct flavors. The simplistic all black leather (red stitching)  ‘Reporter‘ strap and a Artisan & Artist ‘esque’ red ‘ Yellowstone’ strap with black leather ends. This was a very unexpected surprise and obviously, a welcome one as the last strap they had sent me for review was back in November 2015 and that strap had remained on my camera permanently, that is until now.

Both straps came in nicely crafted bags with leather protectors and a set of metal rings. They are handcrafted in Portugal as was the wrist strap and longer leather variant we reviewed before them. Wonderfully finished, attention to detail an obvious objective. They both differe in various ways and depending on your requirements, one will definitely favour your style of shooting . So let’s take a look at each individually and see if my experience can give you a little helpful information.